Three travel and food bloggers from North America visited Great Britain between 15th and 21st November 2014 as part of the #UnexpectedGB campaign. The bloggers arrived in London in time to host a Twitter chat before embarking on solo trips to the Cotswolds in England, Wales and Scotland to explore the British countryside for five days. The bloggers were:

The #UnexpectedGB campaign was a collaboration between iambassador and Visit Britain to highlight the lesser-known attractions in the British countryside. The bloggers utilised various modes of transport to explore the selected regions. In addition, they were given a flexible itinerary allowing them to follow up on tips from locals.

On 15th November 2015, the bloggers co-hosted an hour-long #UnexpectedGB Twitter chat with Visit Britain to announce their trip plans and crowdsource tips from followers on what to do and see in the British countryside. The reaction to the Twitter chat was phenomenal – 40.6 million ‘opportunities-to-see’ were generated that day, reaching 1.2 million Twitter accounts. 548 Twitter accounts contributed 1,800+ tweets. More importantly, participants contributed a great number of local tips and insights.

During their five days in the British countryside, the bloggers embarked on a great variety of activities from gin-tasting to experiencing culinary greatness and visiting age-old castles. They utilised their social media channels such as Twitter, facebook and Instagram to share their experiences with their followers in real-time. 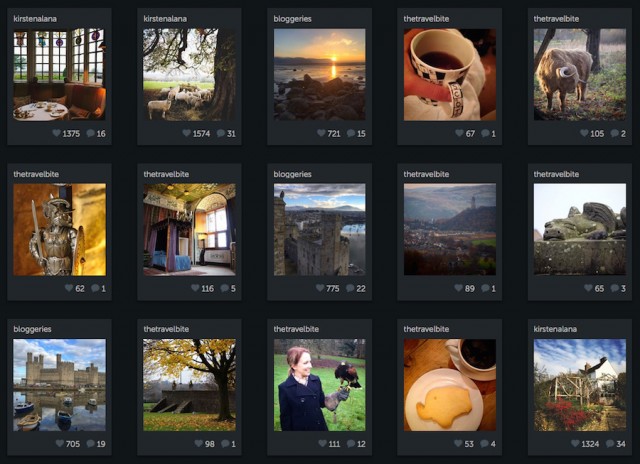 The three bloggers posted 114 photos to Instagram during their trips. The Instagrams covered a broad range of activities and sights such as castles, nature, food, accommodations and other attractions. These photos generated a whopping 55,480 Likes, a reflection of the quality of the photos, the bloggers’ reach and the enthusiasm of their followers for images of Britain.

The reactions on Twitter were no less impressive. During the trips, the bloggers’ tweets and interactions with their followers generated 48.1 million impressions (or ‘opportunities-to-see), reaching 3 million Twitter accounts. The level of engagement was high – during this period, 399 original tweets from the bloggers resulted in 1,600+ Retweets and 367 replies.

Ambassadors of the British Countryside

The #UnexpectedGB campaign is unique in its sort as the bloggers took on a role as ambassadors of the British countryside. The bloggers shared their own chronicled countryside experiences, from zip-lining in Wales to champagne cruising on a Scottish loch, or sampling local produce in an award-winning gastro pub after a coastal walk. These experiences are beautifully showcased in the new Countryside is Great website. 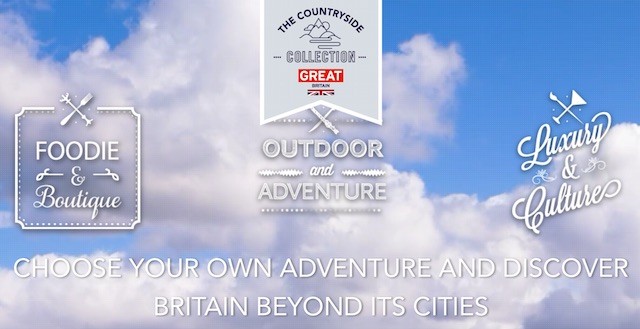 According to Brandseye.com, a social media tracking company, the #UnexpectedGB hashtag has so far generated 205 million ‘opportunities to see’ (OTS) across Twitter, facebook, Instagram and Google+ during the reporting period. The reach on Twitter is in excess of 7 million accounts.