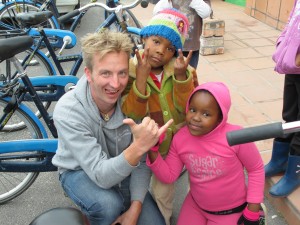 Cape Town Tourism launched a new marketing campaign in November 2011 that aimed to promote an in-depth look of the many natural, historical and cultural facets of the city. iambassador proposed a campaign whereby four bloggers, in collaboration with Cape Town Tourism, would mobilise Capetonians to talk about their city via social media. The main objectives of the campaign were to uncover hidden facets of the city by crowdsourcing tips from locals, and creating global exposure for Cape Town’s diverse attractions.

A week-long blog trip to Cape Town was planned, followed by speaking engagements at the Getaway Travel Bloggers Conference. The social media campaign was launched a week prior to the trip whereby the bloggers invited Capetonians to suggest things to do and see. On the first day of the blog trip, a ‘Meet The Bloggers’ Twitter chat was organised by Cape Town Tourism. Capetonians reacted with great enthusiasm, submitting hundreds of tips. During their week-long stay in Cape Town, the bloggers followed up on some of the tips and tweeted about it. In addition, media events and radio/newspaper interviews were arranged.

A multimedia campaign with high engagement

Keith’s conceptualisation of iambassador is ground-breaking. He understood Cape Town Tourism’s brief of destination storytelling through social media and online content instantly and has been an invaluable partner to us in what we consider to beour most successful social media campaign to date. Keith’s thinking is ahead of its time – I believe that the campaign partnership such as the #LoveCapeTown campaign will change the landscape of destination marketing in the next three years.